Normally I like to do something a little different when I write a post to try and avoid the stereotypical racing cyclist’s blog of ‘I raced my bike, it was hard, name drop here, heroically dodged a crash there, ‘hitter’ this, ‘lit’ that, I would have won but for… blah blah blah’. This month however I’m sad to report I am that guy. It’s been a fairly hectic weekend and I just wanted to give anyone who was interested a quick update on how my races in April panned out before we get too deep into May and it becomes too late to do so.

Ottergem 1.12B
A big bunch and a fast course, myself a few teammates did some bunch-towing late on to bring a large group back so our strongest guys could contest the finish. It came down to a sprint and one of our riders took 4th.
Position: 42nd 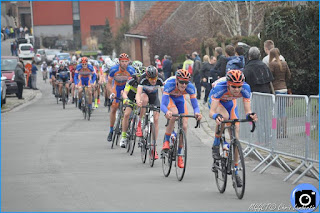 Heist Op Den Berg 1.12B
Someone decided to ride into my rear wheel after 5km and take some of my spokes with him. Race over.
Position: DNF

Oost-Vlaanderen U23 Prov Championships – Gijzenzele
The Belgians take Provisional Championships very seriously, they’re what we would call regional champs in the UK, only if you win one in Belgium you wear a jersey for the year (and go out on a mad one that evening to celebrate). I crashed hard after around 30km, along with a lot of other guys. After a minute or so of sitting on the floor feeling sorry for myself I was given my spare bike from the roof of the team car and began to chase back to the bunch. I got back on but not long after I blew my doors off.
Position: DNF 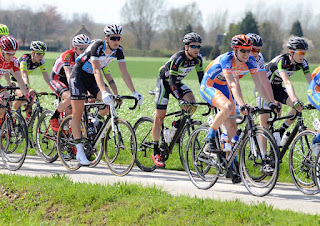 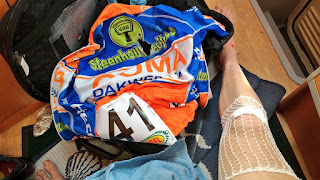 Driebergenprijs Stasegem (National 1 IC)
Formerly known as the 2 days of Gaverstreek, a fairly big race with some very strong teams. I can’t remember ever finishing a race and being so happy to be in one piece. There were crashes left, right and centre all race up until the finishing circuits. I’ve never seen riders show so little respect for each other. Nobody pointed out any potential hazards and everyone seemed hell-bent on putting the guy next to them on the deck. On one main road descent at a good 80kph there was a crash in the middle of the peloton and guys were going down like bowling ball pins. I find the best thing to do is just pretend you’ve not seen it. On the finishing laps I was frozen to the bone from the relentless rain and dropped back to the car for a jacket. Simultaneously the bunch caught the break and all hell broke loose and I spent the rest of the race in the cars. A bloody disaster but an important lesson learnt.
Position: 87th 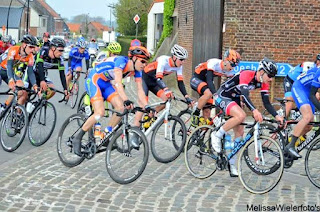 GP Affligem (National 1 IC)
Having ridden the race last year I knew what to expect. The bunch set off like it had been shot out of a cannon, our strongest rider, Kevin Van Impe, was in more or less every move which made my job very simple. I saved as much energy as possible and planned to be active in the closing stages of the race. I followed a few moves late on and felt good but didn’t manage to get clear of the bunch. Team 3M set a furious pace in the final to bring back a break that contained Kevin. It came down to a mass sprint and I finished in the bunch.
Position: 52nd 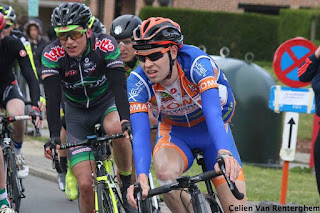 Herne 1.12B
After three hard races I was looking for a good result at Herne. We set off in a cocktail or wind, rain and hail, the course was testing and the field was strong. After an hour 5 strong riders got clear, I formed a chase group of around 7 with fellow Brit Rob Smail. As is often the way there was little to no cohesion from our fellow escapees, we got agonisingly close to break at one point but didn’t make contact. We were later joined by a large group of riders containing all the strongest guys, including Belgian Champ Joeri Stallaert, my teammate Van Impe, The King Mario Willems and the usual mix of Cibel, T-Palm, Veranclassic and Colour-Code riders. The group later splintered and a moments hesitation on my part led to me making a complete cock up of my race.
Position: 18th 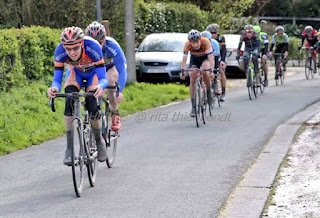 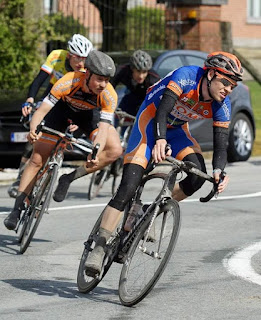 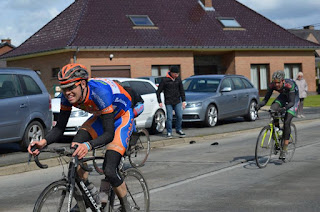 Menen Classic (National 1 IC)
My final race of the month and another National 1 Interclub with the team. 3M strung things out from the get go (they have a habit of doing this sort of thing) on what was a fairly flat but extremely exposed course. I found myself in a group distanced by the peloton and at one point we were close to a minute behind the bunch. Unbelievably we all worked together and regained contact 50km later. It turns out most Belgians wont pull if they’re up the road and there’s the chance of a victory, but they will pull if their pride is on the line and they’re afraid of being unceremoniously swept up by the broom wagon. I later punctured and got a wheel from my team car, I’ve gotten a lot better at using the convoy and after some fairly dicey moves I was back in no time. It came down to yet another bunch gallop and after a hard day of chasing I knew I didn’t have the legs to contest the finish.
Position: 80th 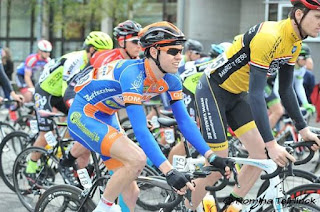 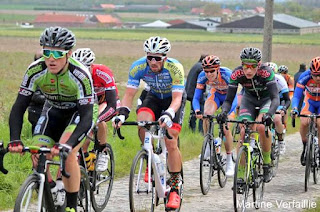 Thank you as always to those who sponsor/support me and a massive thank you for reading, 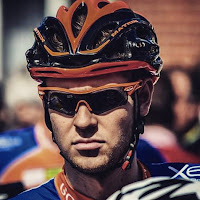