Some positive race results, a short trip to Copenhagen, nice weather and the complete absence of both illness and injury has made March a very enjoyable month for me.

Coming into March I was expecting to struggle during the first few week of racing and start to find some form by the end of the month. I wrote my previous post a day ahead of my first race of the season; De Meerdaalse Pijl, a 1.12B in Sint Joris-Weert on the 28th of February. I was unsure of my condition due to having a very disrupted winter however I’m pleased to say my results this month have been quite encouraging. I’ve had two top 10’s, two top 20’s and a fairly unspectacular 57th.

De Meerdaalse Pijl 2016
First race of the season, bitterly cold, wasn’t paying enough attention early on. Missed a break which included a number of strong riders. Attacked solo a few laps later and formed what turned out to be a large chase group. The group split with some making it to the break and the rest losing all motivation. I finished in between the break and the remnants of the chase.
Position: 20th 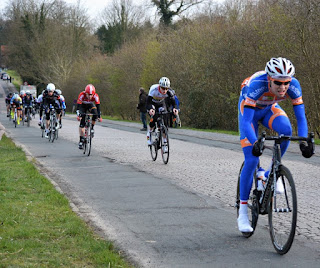 Neerlinter-Heide 1.12B
Wet, cold and windy. I have never been so uncomfortable before (except maybe the time Fiona Astley put a penalty past me during the inter-hall sports championships at Ravenbank Primary School and I cried like a little girl in front of the whole school). It was, without doubt, the coldest I have ever been in my life. I just missed the break but spent around 80km in a chase group of 6 and finished strong. After nearly 3 hours in the pouring rain and an average temperature of 1 degree Celsius it’s safe to say it took a long time to get warm.
Position: 8th 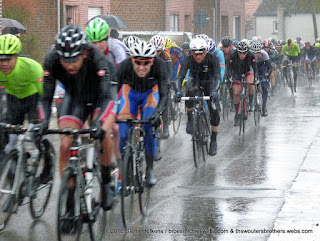 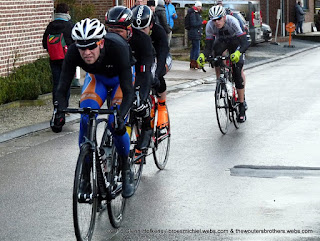 GP Thermilux
Standard early season Belgian kermesse; 200 starters, twisty roads, flat and fast. We were told to try and keep it together for our sprinter, Jasper, so I followed some moves and did some bunch towing to help make sure nothing got clear. It came down to a bunch kick and I wasn’t about to risk life and limb in a sprint I knew I couldn’t win.
Position: 57th 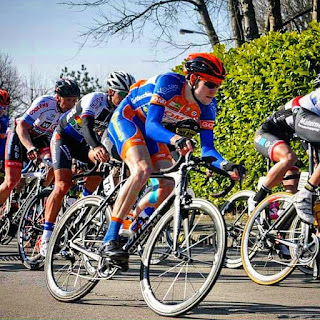 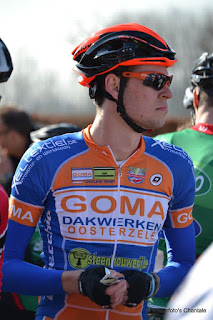 Budungen 1.12B
A really tough race, a rolling parcour, some technical sections and a 130+ man bunch. A break got clear, I was in too much of a box to see who, when or where it went. With two laps to go I necked a few gels, attacked and was soon joined by a group of riders. With less than a kilometre to go we got to within 100m of the break but sadly the impetus diminished and I didn’t have the legs to jump across alone. The gels had worn off and I was a spent force.
Position: 17th 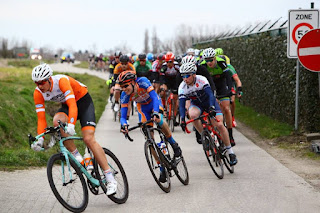 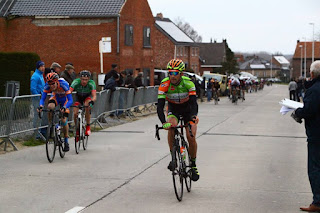 Memorial Scieur – Lambot
My favourite race of the season so far, a tough course and a solid hit-out. Before the start I made a note of three riders to watch; Justin Jules, Dimitri Peyskens and Kevin De Jonghe, all three of them Continental riders and all three of them hitters. Peyskens went clear early on with a small group but with so many other Conti riders not present in the break I knew there was a chance to bridge. Sure enough De Jonghe broke clear on one of the short climbs and I had the legs to follow along with a small group of other riders. We bridged to the break (now 15 in total) and it quickly became apparent we weren’t coming back. Things got grippy with around 3 laps so go and a moments hesitation on the last lap cost me but overall there were a lot of positives to take from this race.
Position: 9th 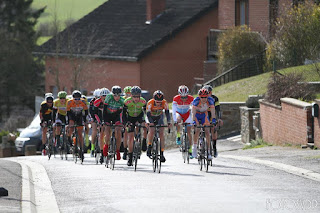 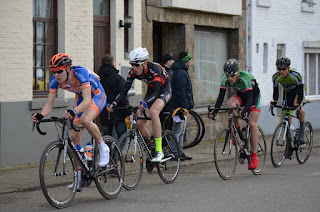 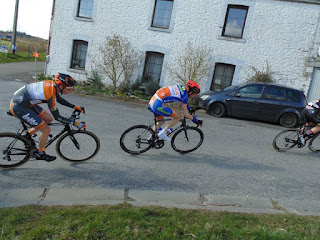 As I mentioned earlier I also took a short trip to Copenhagen in March. I’ve been sponsored by GripGrab for a number of years now and they recently asked if I’d be interested in becoming an integral part of their team. I jumped at the opportunity and was very grateful to be invited to a business seminar at their headquarters in Denmark. The trip was a great experience and I’m exited to have been given the chance to work with them.
Thank you for reading, I look forward to writing another report at the end of April, 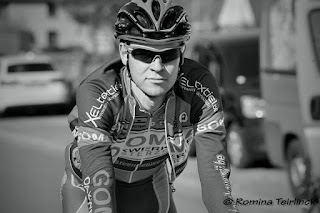