Settling back into the Belgian lifestyle

Settling Back Into The Belgian Lifestyle

It’s strange to say that I’ve been in Belgium for a month now. The first four weeks normally drag a little due to the lack of racing this early on in the season, but surprisingly it’s gone rather fast.

The first week I arrived was a fairly relaxed one, where my parents & I went to watch Sven Nys in his last few races before hanging the cycle cross bike up. For those who don’t know him, he was one of the greatest cycle-cross riders in the world, winning the World Championships twice & claiming many Belgian National titles.

Being welcomed back by my second family was a great feeling, after being away for 6 months. I am now in a good routine with my training, grocery shopping & cleaning, things like that which is important throughout the duration of the season. 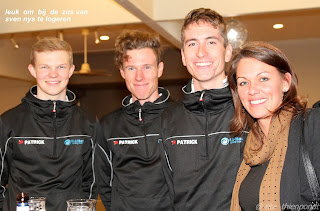 I am satisfied with how the start of the season has gone so far, gradually improving my results each time. Gent-Staden was the first, placing 58th but I wasn’t too worried as it always takes a few races to get the legs up to speed. Brussels-Zepperen was up next the following weekend. All was going well until the standard Belgium weather kicked in causing 127 non finishers. I was one of 48 to be given a finishing position, but had no control of my body, nearly ending up with hypothermia by the finish. Luckily I didn’t catch any illness from the bad conditions & could start concentrating on the up and coming race, which was Mol-Zuidkempense Pijl, commonly known as GP WINFRED PEETER (aka Zuidkempenses Pijl), so normally some big continental teams turn up for the start. From previous experience the year before I knew it was going to be a real fast race averaging nearly 48kmph for 160 kilometres. That turned out to be the case again this year, covering 160km in only 3 hours & 20 minutes. A breakaway had formed in the later stages with some strong riders, so it was going to be tough to catch them, BMC development only had one rider in the break with their sprinter in the Peloton, so they chased for a while, then let the other smaller continental teams chase. On the last local lap the gap went from 38 seconds to only 7 seconds at the finish. I rolled in 34th but knowing I could have done better. Still, there’s a long way to go in the season where I can prove myself with some consistently good results.

Here are a few pictures from the team launch & first races of the season. 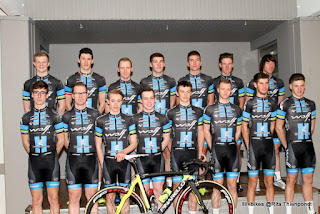 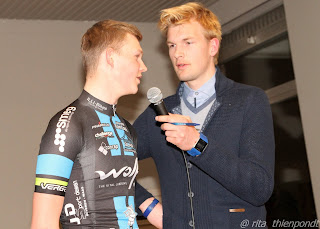 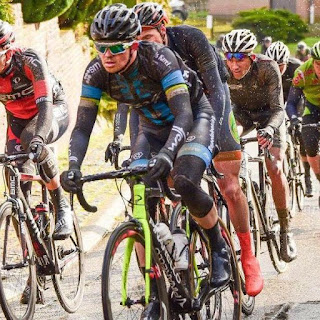 I would just like to thank the DaveRaynerFund, JamesBerryFund & LuviAir for their continued support, it’s greatly appreciated.

Hope you enjoyed the read, any criticism will help improve for next time.