I’ve been in Belgium for almost 3 weeks now. I’ve settled in nicely and enjoying life as a full-time cyclist on the continent, (a lifestyle I would not have the opportunity to be living if it wasn’t for the incredible support I’m receiving from the Dave Rayner Fund). I live just outside Zottegem, East Flanders with team mate, Stephen Bradbury and Prorace CT rider, Josh Teasdale. With this being my first year, it’s a big help to be living and training with two experienced riders who’ve both spent multiple seasons racing in Belgium.

My first week here was a bit difficult training-wise. I couldn’t train properly due to a minor knee injury I had sustained a day before my arrival. Fortunately by the start of my second week I was back training again and could start focusing on races.

My first race was a shock to the system. It was a 100km kermesse in Erpe with a field of 130 riders. I did my best to stay near the front but the technical nature of the circuit got the better of me. Only 55 riders finished the race and disappointingly I wasn’t one of them. Being my first senior race in Belgium however, I didn’t get too down about it and took it as a learning curve. After another week of training following my baptism of fire in Erpe, I lined up for my second Belgian race. This time it was a 112km kermesse in Ottergem, with a field of 190 starters. The number of riders was pretty daunting especially given that the field included riders from UCI continental and World Tour development teams. The course was fairly undulating and technical. There were lots of breakaway attempts, but the pace was very fast (43 km/h average speed) so nothing stayed away and the race ended in a bunch sprint. 110 riders finished the race and I rolled in at the back of the peloton in 105th position. Safe to say it was a fairly unspectacular result but I was happy to have finished and held my own given the level of competition I was up against. 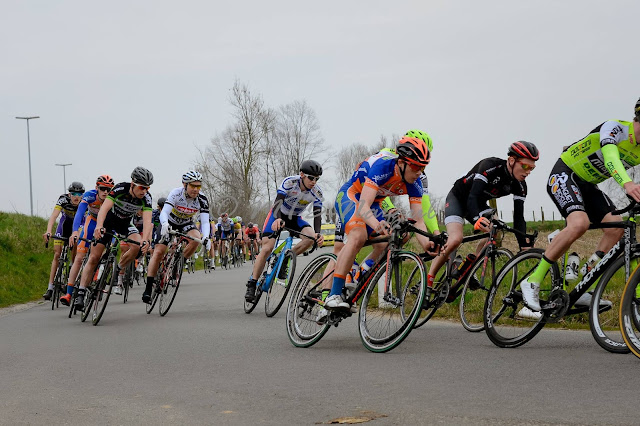 My last couple of races have been a great experience and it has taught me a lot. In addition to this I’m really looking forward to doing more races, getting better results and developing myself as an athlete as the season progresses.