The constant struggle for success- Latest blog from Tom Bracegirdle

The Constant Struggle For Success.

I’m planning on going to Walibi this weekend, it’s a theme park not far from where I live. It’s been a while since I’ve been on a rollercoaster but after the season I’ve had I shouldn’t have any trouble coping with the ups and downs. If I remember correctly you often get quite wet at theme parks and always end up spending more money than you intended. It’s just dawned on me that Walibi theme park is a perfect metaphor for my 2015 cycling season.

There have of course been quite a few positives; as I’ve said before I do love where I live and I couldn’t have asked for better housemates. I’ve loved the racing and have often surprised even myself on the bike, it’s not until after a race when you’ve finished and look back, retrospectively speaking, and realise all those guys you feared on the start line are the same guys who finished behind you. 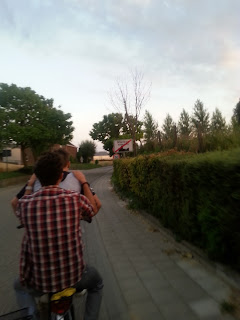 I think my favourite race so far this year was Tourinnes St – Lambert 1.12b; mid way through the race in a crosswind section I was last man in the line, I was swinging violently from side to side trying to hold the wheel in front. My legs felt like they were full of battery acid and my lungs quite literally hurt, I didn’t even know lungs could hurt. Ten minutes later it started to rain and I found myself up the road, out of sight, in a three man break driving it on the front directly into a thunderstorm. I was actually smiling. The conditions were very similar during the first race I ever did in Belgium back in 2013, I didn’t last 2 laps and watched from the car as Connor Dunne came past lap after lap off the front, pressing on into the rain and I wondered how the hell he was doing it. Two years later and I was the one being chased by the bunch, a group of riders bridged up to us, but the peloton didn’t, and I finished 4th. 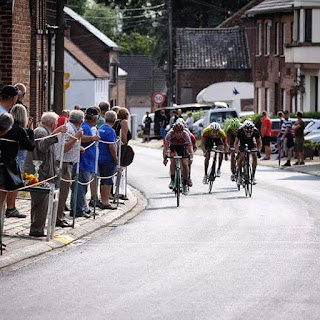 Shortly after this I managed to finish 13th at another race in Herzele. There were around 150 guys signed on and the start line was littered with conti, top comp and devo team riders. It was always going to be a difficult race to read, and so it proved, I missed the break but managed to bridge up to it after crossing the gap with a small group. By the final the break had swelled to 30 plus guys, it was pretty chaotic and I was a bit of a spent force, but again I proved to myself that I was capable of more than what I thought possible. 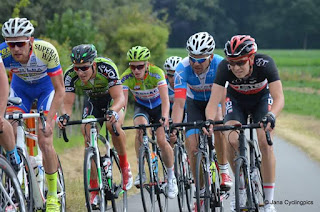 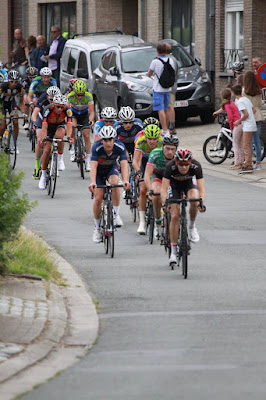 Prior to these races I headed back to the UK where I spent just under a week with friends and family before heading to Lincoln for the British national champs and then back to Belgium for U27 Omloop Het Nieuwsblad 1.2. Both races were a massive learning curve. Omloop more so than Lincoln, everyone seemed nervous, the previous winner (for the past two years) came past me on the mad run into the first climb and even he looked a little tense. Everyone knows the run into cobbled sections or climbs are fast, frantic and bat shit scary, what I learnt at this race however was that the cobbles and bergs themselves were carnage and over the top/all the bloody way to the foot of the next berg it never slowed down, it didn’t calm down and it didn’t cease to scare the bejesus out of me. Looking back, I didn’t drink enough; it was 35+ celcius, but in between trying to figure out why I felt freezing cold and trying to remember how to breathe I just didn’t seem to have the time or composure to reach for a bidon. 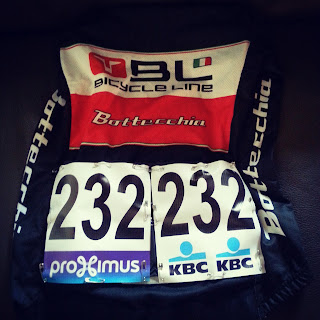 Sadly however towards the end of July I picked up an injury during a race that would prove to be quite a set-back. I developed an acute from of pes anserine tendonitis in my left knee and was unable to train for around two weeks. After speaking to a number of physios and doctors I eventually got booked in at GRIT sports clinic, in Leuven, with whom I since been getting treatment. The clinic works closely with a number of Belgian pro riders as well as the Etixx world tour team so I had every confidence they’d be able to diagnose the cause of my problem and fix it. It turns out the knee injury developed as a result of a problem in my left gluteus maximus and minimus, which led to a lack of flexibility in my hip. This lack of flexibility in my hip also explained why I’d been sitting off centre all season which has resulted in some rather unpleasant saddle sores. The source of the problem for this lengthy list of inconveniences? Roughly 15km into my first race of the season back in March I came down hard and landed on, you guessed it, my left arse cheek. Luckily as I’d hoped GRIT have been exceptional; I’ve had two weeks of decreasing the tension and increasing the range of motion in my hip and am now onto a new program which involves exercises to strengthen the tendons in my knees in order to avoid similar injuries in the future. 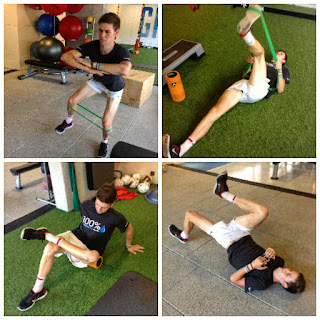 I began light training on the bike a few weeks ago and had more intense training last week and due to the absence of any pain whatsoever in my knee I was given the all clear to resume racing. I raced in Gijzenzele last Sunday and as expected it was quite a shock to the system. I managed a solid get round (34th) running on nothing but my sheer will to finish as my form seems to have all but deserted me. After another very light week to let my knee fully recover I’m racing again this Sunday in Perwez where I’m hoping to feel a bit more like my old self. I intend on staying in Belgium until the middle of October to make up for fact August has been a complete write off. I’m confident with 5 weeks of racing remaining there’ll be time to relocate my form and more than enough opportunities to taste success. As always a big thank you to all those who have supported me through what has been an especially tough period of the season; The Dave Rayner Fund, Pedal Potential, GripGrab, my family, friends and coach and above all GRIT sports clinic. Check back in 5 weeks time to find out whether I finally managed to bring home flowers and trophy, 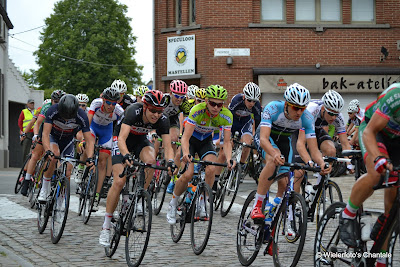